Institute for War & Peace Reporting is hiring a

We currently work in nearly 30 countries to build local capacities, strengthen civil society and media organizations, and empower civic actors to remove barriers to free expression and to promote citizen engagement and public dialogue. Where hate speech and propaganda proliferate, and journalists and civic activists are under attack, IWPR promotes reliable information and public debate that makes a difference.

IWPR’s Ukraine Voices project (May – November 2022) supports Ukrainian journalists reporting on the Russian invasion of their country. As part of this, the Justice Report project focuses on the reporting of and the analysis of the judicial processes taking place in Ukraine linked to war crimes.

Domestic prosecutors are investigating thousands of cases, while the International Criminal Court has also deployed investigators, and universal jurisdiction cases are being developed to bring cases abroad.

The scale and complexity of judicial proceedings are creating a particular challenge for media coverage, which will tend to focus on high points – such as the first and the last days of a trial – but neglect the critical procedural aspects or detailed trial content, as well as the legal complexities, resource realities and other challenges in actually establishing justice.

The Ukraine Justice Report will:

A social media strategy has been created and is available for reference.

Principals only. No calls please. Only those who have been considered for an interview will be contacted. 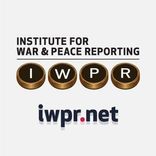 The Institute for War & Peace Reporting gives voice to people at the frontlines of conflict and transition to help them drive change.

IWPR supports local reporters, citizen journalists and civil society activists in three dozen countries in conflict, crisis and transition around the world. We contribute to peace and good governance by strengthening the ability of media and civil society to speak out. We do this by training, mentoring and providing platforms for professional and citizen reporters; building up the institutional capacity of media and civic groups; and working with independent and official partners to remove barriers to free expression, robust public debate and citizen engagement.