Partnerships for the Goals

Ashoka is hiring an

About Ashoka
Ashoka is on an audacious mission – to create a world where everyone is a changemaker i.e. a world where everyone has the agency and skills to make a positive change in their families or communities. It is only in such a world where the solutions will outrun our social problems. With its global network of over 3.500 leading social entrepreneurs (Ashoka Fellows), 10,000 youth ventures, 180+ changemaker schools, and 30+ changemaker campuses – as well as a community of 20,000+ innovators on Changemakers.com – Ashoka works with strategic partners to empower people with the skills to create solutions for the good of all in a world of constant change.

Ashoka looks for entrepreneurs with a track record of generating new ideas and bringing them to fruition. We ask please consider the following questions in your COVER LETTER (required) :

What was your earliest youth changemaker experience and how did it impact your career?

Submit your RESUME and COVER LETTER by clicking “Apply” on bit.ly/ashoka-indonesia-ya. 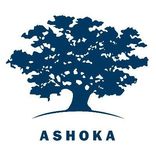 Ashoka builds and cultivates a community of Fellows, Young Changemakers, Changemaker Institutions, and beyond who see that the world now requires everyone to be a changemaker – a person that sees themselves as capable of creating large-scale change.

Together, we mobilize (and accelerate) a movement to build an "Everyone a Changemaker" world and directly address the new inequality facing our societies worldwide.